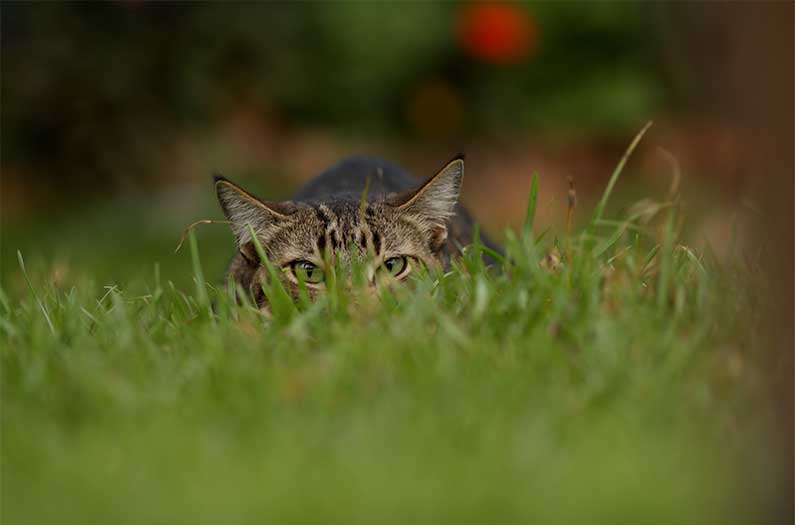 Few conservation issues are more polarizing than the impact of free-ranging domestic cats on wild animals—but between the extremes is a common ground on which solutions can be built.
By Brandon Keim
May 8, 2019

Few conservation issues are more polarizing than the impact of free-ranging domestic cats on wild animals, particularly birds. The debate’s extremes can veer between my-sweet-Fluffy-doesn’t-kill! denialism and by-any-means-necessary demonization—but somewhere between those entrenched positions, perhaps, is a common ground on which solutions can be founded.

“These debates are so divisive,” says Wayne Linklater, an ecologist at the Victoria University of Wellington in New Zealand. Yet “both sides are conservationists. We both care about animals and our relationships with nature.”

In a study published in Conservation Science and Practice, Linklater and colleagues call attention to the so-called human dimensions of the issue. That’s received far less attention from conservationists, they say, than empirical accounts of cat predation and the dangers cats pose to certain threatened species. But dealing with human dimensions is essential: without buy-in from people responsible for cats, solutions are not likely to be durable.

To demonstrate what this means in practice, the researchers surveyed 159 cat owners in three New Zealand cities, 173 veterinarians, and a panel of conservation biologists about nine cat owner behaviors. These included keeping cats indoors at night; keeping them indoors around-the-clock; putting a prey-alerting bell and collar on cats; registering cats with local governments; micro-chipping them; keeping cats within fenced areas or small enclosures; limiting the total number of cats per household; and spaying or neutering them.

The researchers asked cat owners to rate the likelihood of their adopting each intervention. Veterinarians were asked to rate the impact of each on cat welfare. The conservation biologists assessed likely direct effects on predation. By triangulating each score, the researchers could then identify interventions that occupied a sweet spot of likely adoption by cat owners, support from vets, and potential for reducing wildlife death.

The highest-rated solution proved to be keeping cats indoors at night—something that’s relatively uncommon in New Zealand, though already routine in many other parts of the world. But the point of the study wasn’t to find a universal solution, stress the researchers. Rather, they wanted to show what an inclusive approach looks like. Similar surveys could be conducted in other locales. Community-specific could be identified, and conservation campaigns then developed with cat owners in mind.

Conservationists worried about cat issues might consider this incremental, and the research focused on companion rather than feral cats, but perhaps it’s a good place to start. “It’s asking conservationists to first find out what cat owners care about, and then have a conversation with them,” says Linklater.

What begins with keeping cats indoors at night—or whatever solution is practical in a given locale—might eventually lead to other, more comprehensive behaviors. And that will be possible, Linklater says, because “of building a constructive relationship between conservationists and cat owners.”